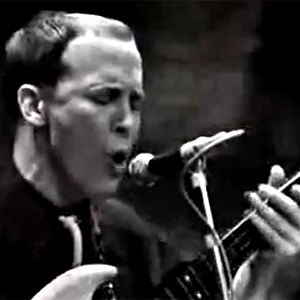 We’re back in black! And what better way to announce our return than with The Monks making a monstrous racket live on German TV in 1966.

I recently got a vinyl of the album Black Monk Timeon Amazon. The Monks invented punk rock in 1965, and shaved the tops of their barnets off to make em look like monks. They were probably the only band ever to feature distorted electric banjo percussion. They pioneered the use of guitar feedback as you can see from the clip. God knows what the German teenagers made of it at the time. Perhaps they all went on to form Kosmische rock bands. The Monks are a big influence on many things, most notably perhaps The Fall.

The Monks have been the soundtrack to a fair few small hours dad dancing exhibitions. I remember one night down in Leith where the dancing got so out of hand the police were called in.

It was during the Edinburgh International Festival, and one of the dad dancers argued that our dad dancing was certainly a much lesser breach of the peace than the Military Tattoo, which had caused late night disturbance to thousands of people for several weeks with its reactionary fireworks display.

The boys in blue were forced to give in to such a flawless legal argument and join the party.