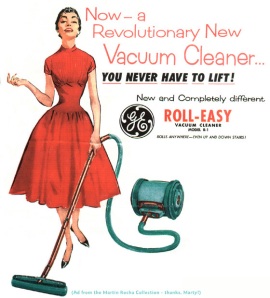 A vacuum cleaner yesterday, sounding nothing like an Alpha Juno 2

The first thing to say about the hoover noise is it sounds nothing like a hoover. It was a preset called ‘WHAT THE…’ on an adequate but otherwise unremarkable synth, the Roland Alpha Juno 2 (EDIT: also on the Alpha Juno 1 actually). Putting the oscillators together, slightly detuned with some chorus and pulse width modulation gives this totally monstrous sound. Many synth noises have at least some relationship to a real instrument – not this one. It is one of those rare noises that has the distinction of sounding like nothing else other than itself. 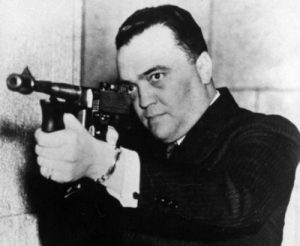 There is some geeky chat around who was the first to record the hoover noise on a record. I hesitate to award them any sort of medal as it was so mental sounding that someone was bound to record it sooner or later. Really, the person who should be winning a medal is a faceless engineer at Roland.

You can still read the debate straight from the horses’ mouths on Discogs – Joey Beltram and Adam X discussing whether it was Mundo Muzique who recorded it first. This debate can be summed up as follows:

JOEY: Well I’m not sure, but it doesn’t matter because then we did Mentasm.

(EDIT: I’m being a tad dismissive, Joey’s chat on there about writing Energy Flash is pretty fascinating for a techno fanboy/girl)

So it may have been pipped at the post by one or other Mundo Muzique releases, but the tune that introduced it to the world was Mentasm, by Second Phase (which was Joey and Mundo Muzique together anyway). They released it on R&S in 1991 (a very good year for techno).

The riff in Mentasm is superb, and was sampled to death by a gazillion inferior hardcore techno and gabba records. It was all over drum n bass. The hoover spread like wildfire as all who heard it had their minds blown by its enormous synthetic weirdness. The most notable other tune to depend on it totally was another 1991 R&S number: Human Resource Dominator – bigger and bolder and rougher and tougher. There is no other. Words that still hold true to this day. And Beltram turned in an absolutely killer remix of that one too for good measure.

The hoover has even recently turned up in the pop charts in Lady Gaga’s Bad Romance. I found myself having to play said Lady Gaga tune at a cheesy party recently (I do get into some odd pickles), and I thought to myself – hmm, what is this shit? It’s stadium house. And I was suddenly inspired to mix What Time Is Love by KLF in – worked a treat. Lady Gaga and KLF? Think about it.

Mentasm is still up there as one of the best Dad Dancing tunes of all time. When the filter action starts happening on the hoover riff…classic.

One of the more ludicrous of the first wave of Mentasm-sampling records:

9 Responses to Dad Noise: The Hoover