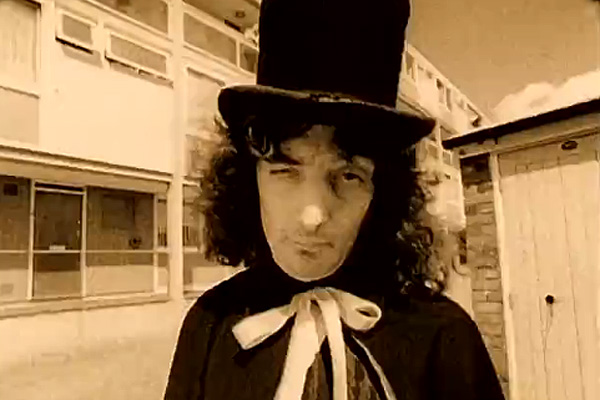 Taking a leaf out of the KLF’s book, The Shamen in 1992 decided to use the pop charts as a medium for having a bit of a lark. Nobody really does that any more, do they?

Though the song itself has not dated very well, and the wisdom of Mr C taking to a microphone is questionable to say the least, the video is still quite good. I remember getting quite excited as a 20-year-old watching Top Of The Pops, and explaining the lyric to my mum, who thought it was quite funny.

Bizarrely the video features not-safe-for-TV genius comedian Jerry Sadowitz as the eponymous Ebeneezer – if Frankie Boyle is the soggy sausage supper of Glasgow offensiveness, Sadowitz is the prime fillet steak of filth. He is also the least likely person in the Universe to advocate a love drug.

Got any salmon? LOVELY.

The Shamen – Ebeneezer Goode – Directed by Richard Heslop 1992 from richard heslop on Vimeo.