Filthy Friday banger number two is this 303 techno monster from 1994.

As I have said before, the acid techno genre is probably more likely than any other to produce embarrassing Techno Dad behaviour. Big fish little fish cardboard box, sowing the seeds of love, stinky dreadlocks, fractal posters, tie-dyed smocks, the whole sorry shebang. 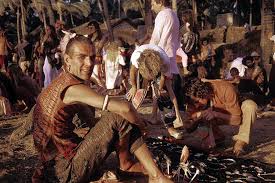 However, this tune has an oomph that was missing from a lot of this type of stuff, and takes it beyond Goa and all that pish – I think it’s down to the ferocity of the beat, which is more techno than trance. In fact it might be the cowbell on the offbeat that does it – a very Joey Beltram sound, from a 727 if I’m not mistaken (I used to have one).

My brain filed it with the Robert Armani tune, I think i probably used to play them together.

The Pump Panel was a loose collection of producers headed up by Londoner Tim Taylor who ran the Missile techno label. Their big mainstream moment came when their so-called remix of New Order’s Confusion (which bears no obvious relation to the original) soundtracked the opening scene of Blade. That was the A side of the Missile release of this btw.